Out and About: 9 – Squeeze a Unicorn for Hot Cocoa

Out and About: 10 – Not Nearly As Asian As We Could Be 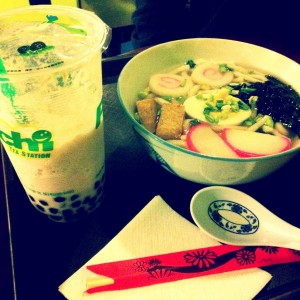 This was recorded about a month ago at Pochi Tea Station in Columbus. We had some bubble tea, ate some snacks and tried to plan out the rest of our day. We just thought we’d say hello to you guys and (as we periodically do) let you know we’re still alive.

Music:
Well… we have no idea who to credit. The music was being played in Pochi and wasn’t actually added by us, so we don’t know who the performers are. If you know, let us know and we’ll add them to the shownotes on the website.

Elfchild's Panda Show, for those of you who are stumbling in from random Internet places, is a (hopefully) funny podcast put together by Justin and Daniel, a gay couple living in Ohio. Poke around a bit (on the site, not us) and see if the show is a proper fit for your ear holes.